You know that saying–

This is not about that saying. 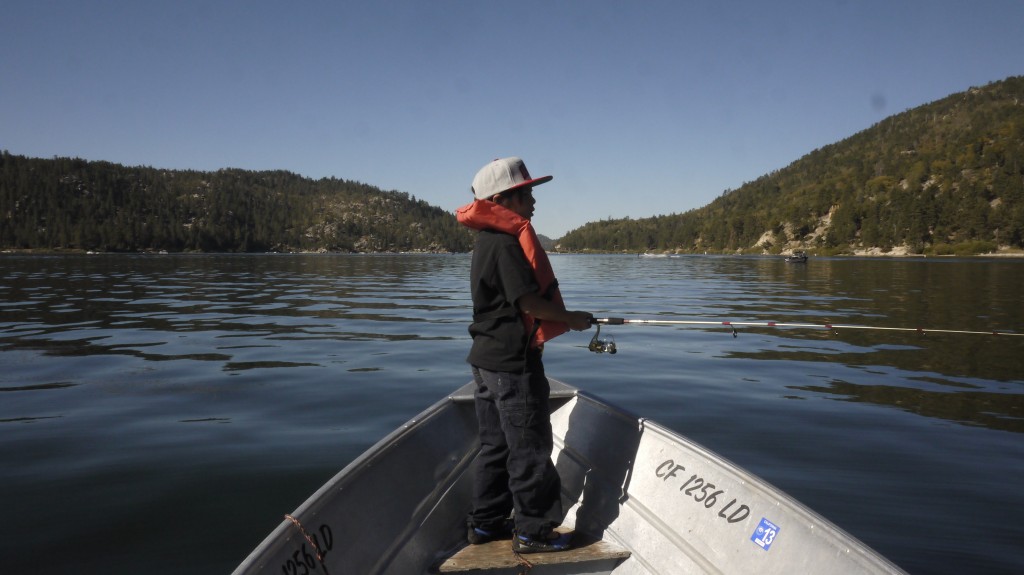 Ethan just loves fishing. I have no idea where he got it from but ever since he was a kid, he just loved to go fishing. And this was fishing in the province—in Peace Pond with one of his best friends Miles. Miles would make a fishing rod out of a long piece of stick and a hook and off they went.

So on one of my visits to the States, we looked for a fishing lake and there, Ethan learned how to properly fish. They had professional fishing people and they taught him everything, we got him a whole set of gears—the real stuff. He had his own tackle box and fishing rod with all the gadgets, it was great.

Then we went fishing on a Saturday. We were there at 6am because the professionals would go around and teach between 6-8am. So we were there and we learned a lot. This was at Irvine Lake, just 10 minutes from Tustin Ranch. 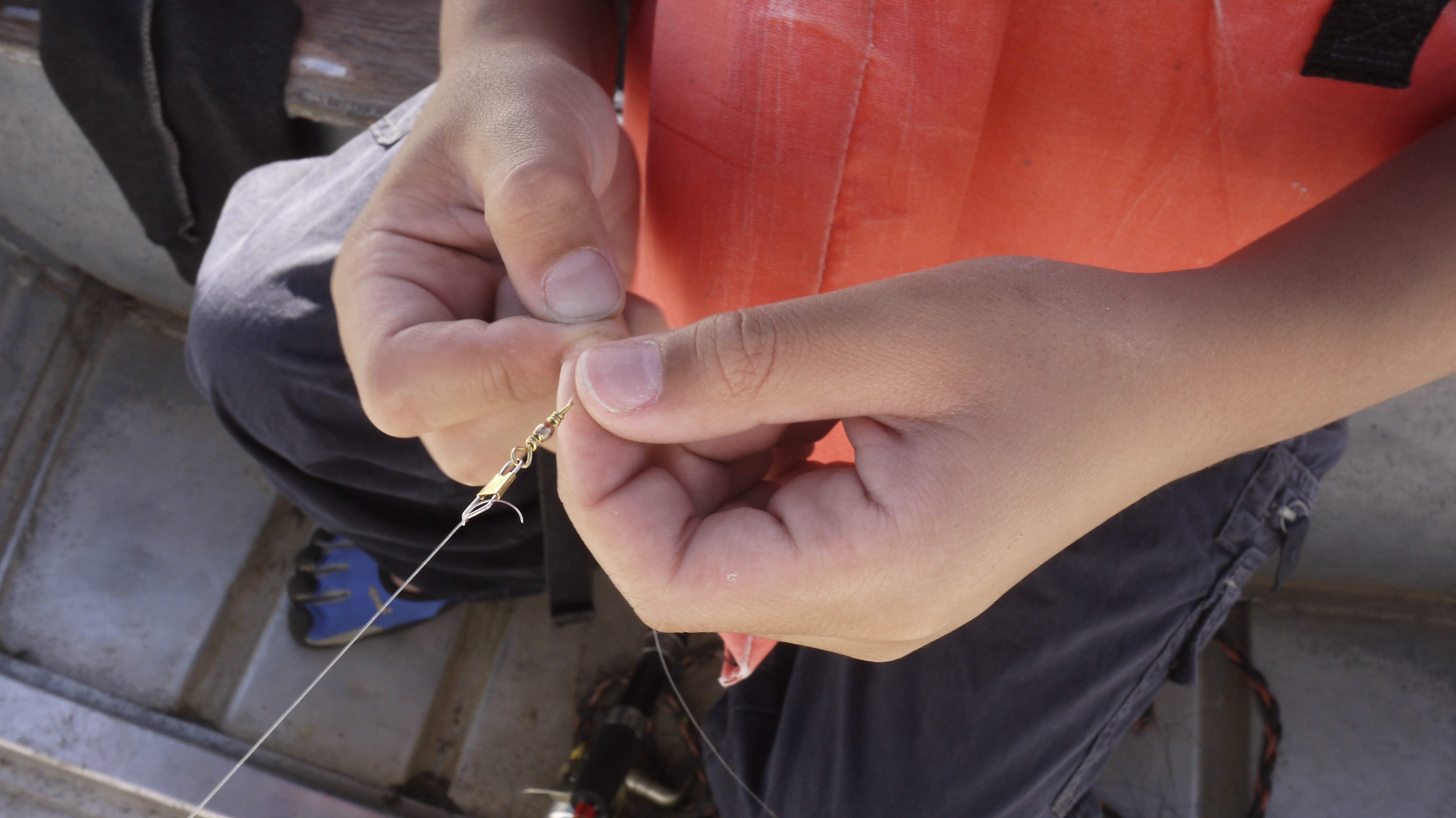 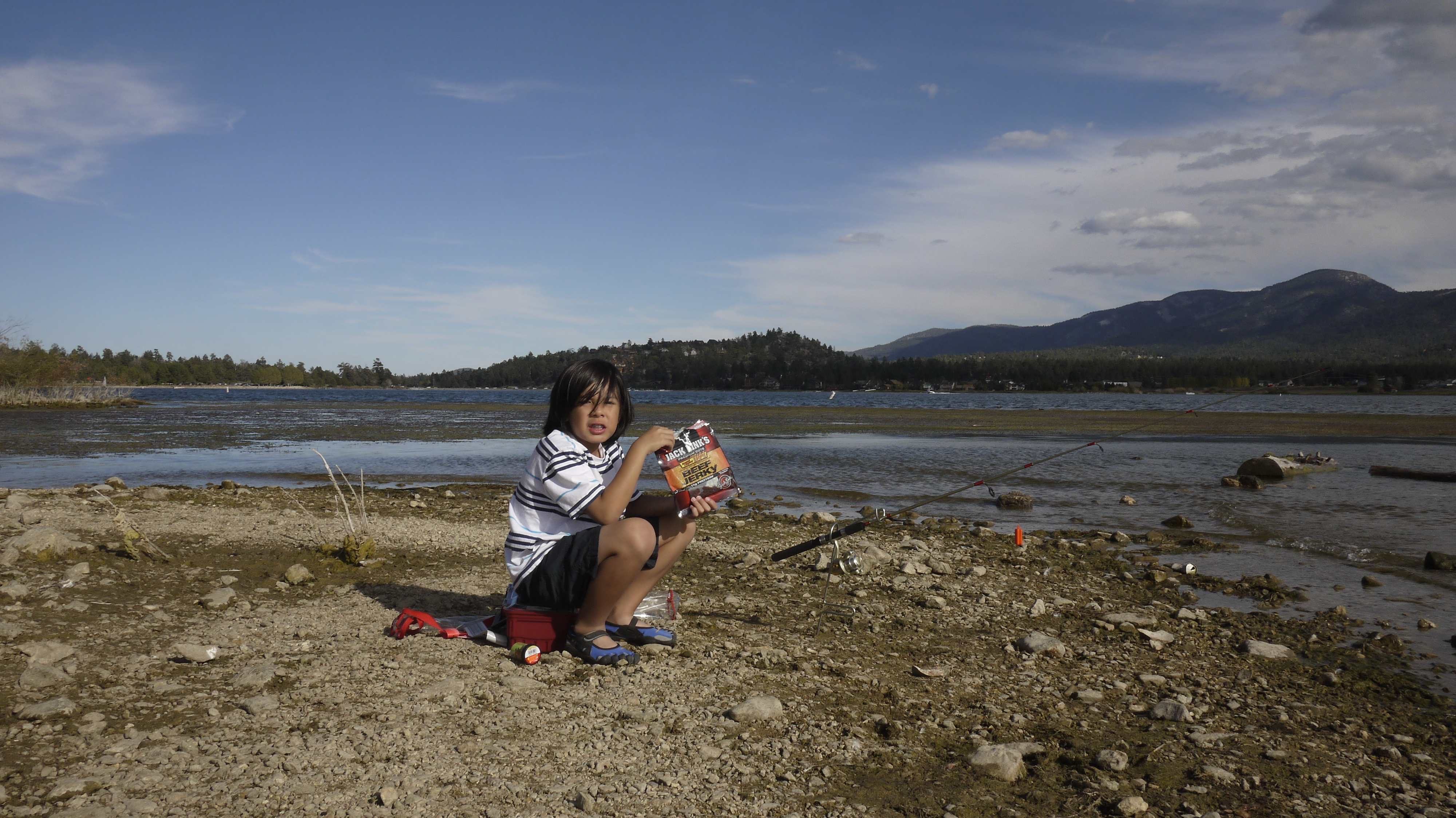 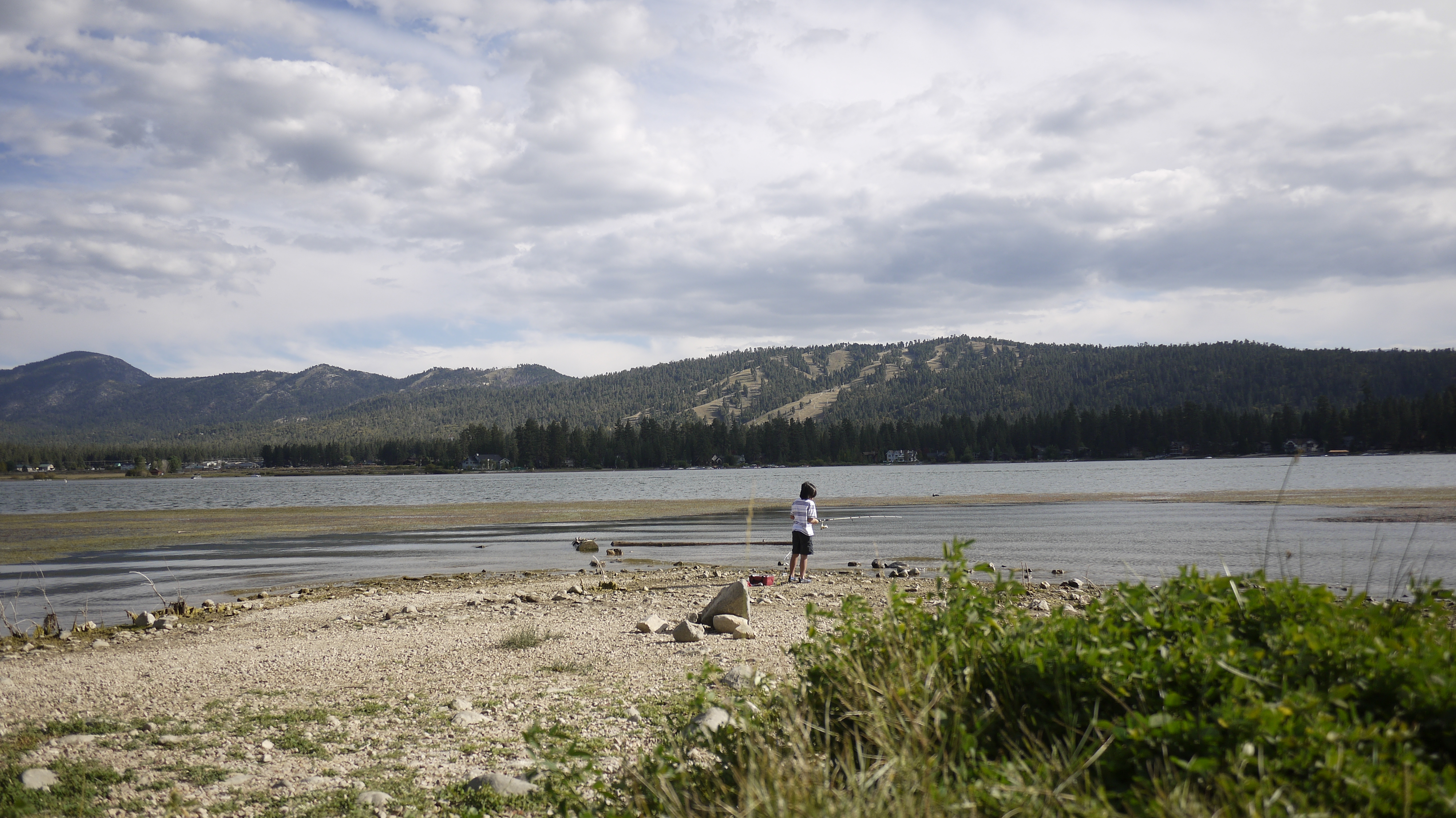 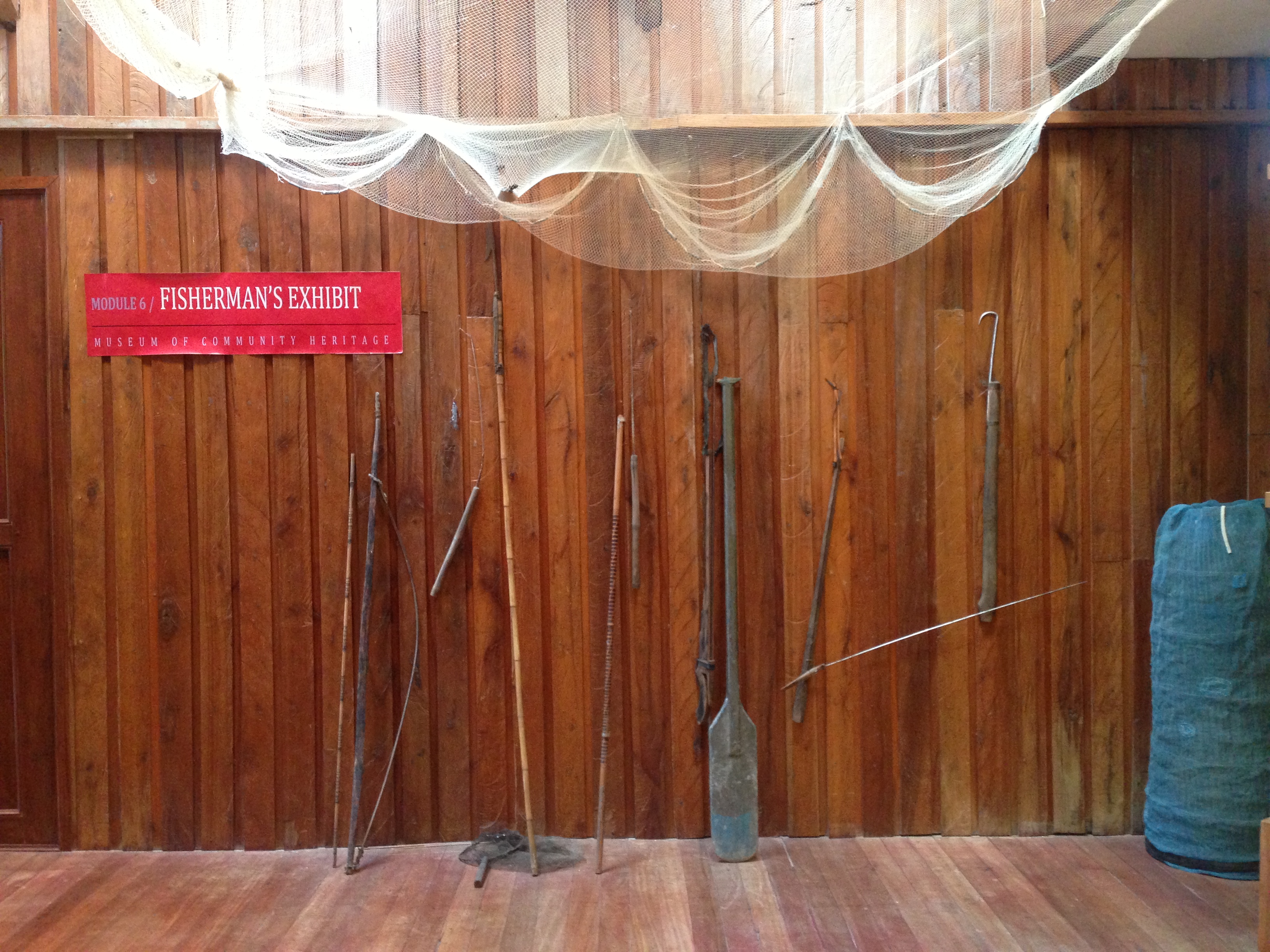 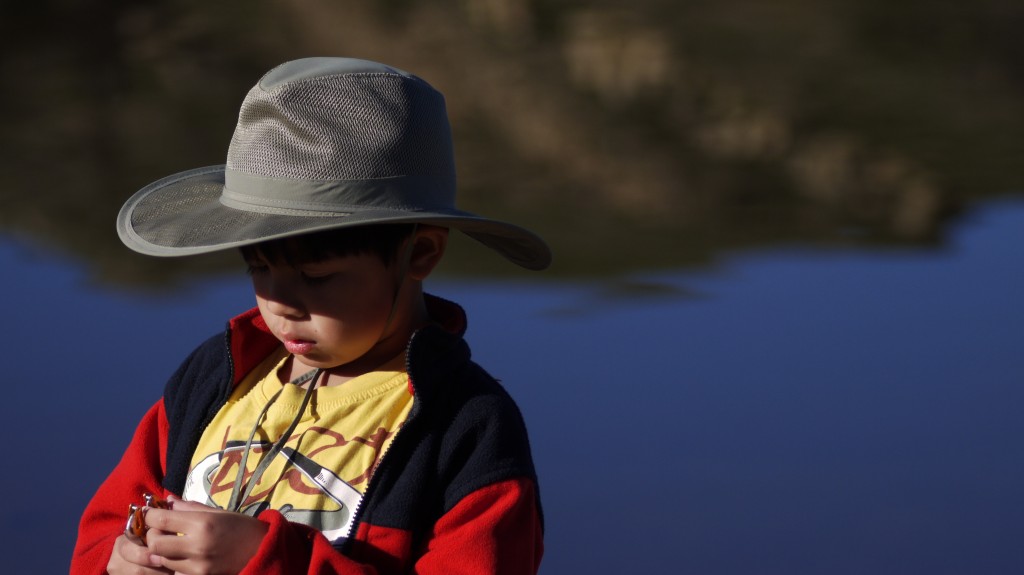 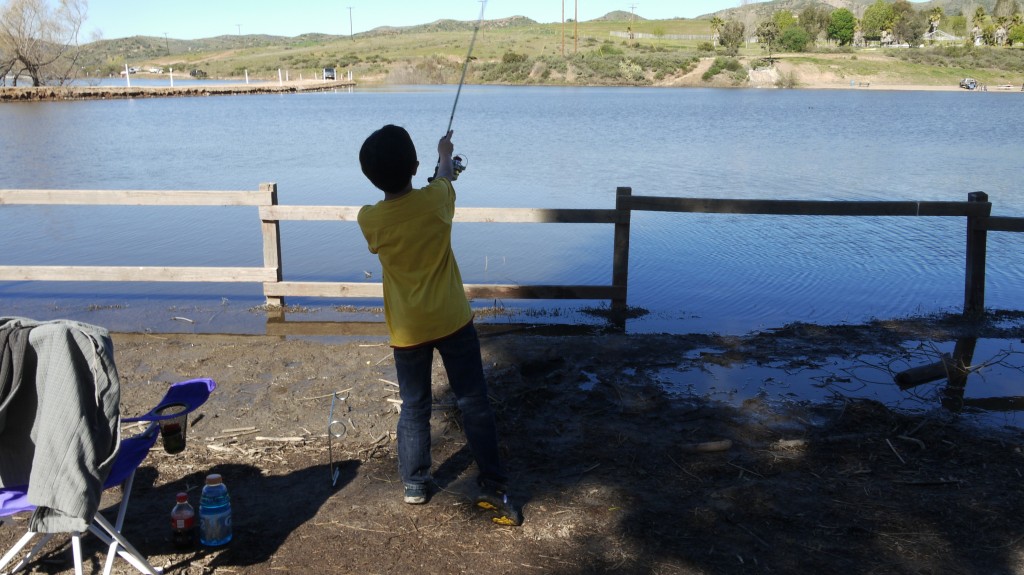 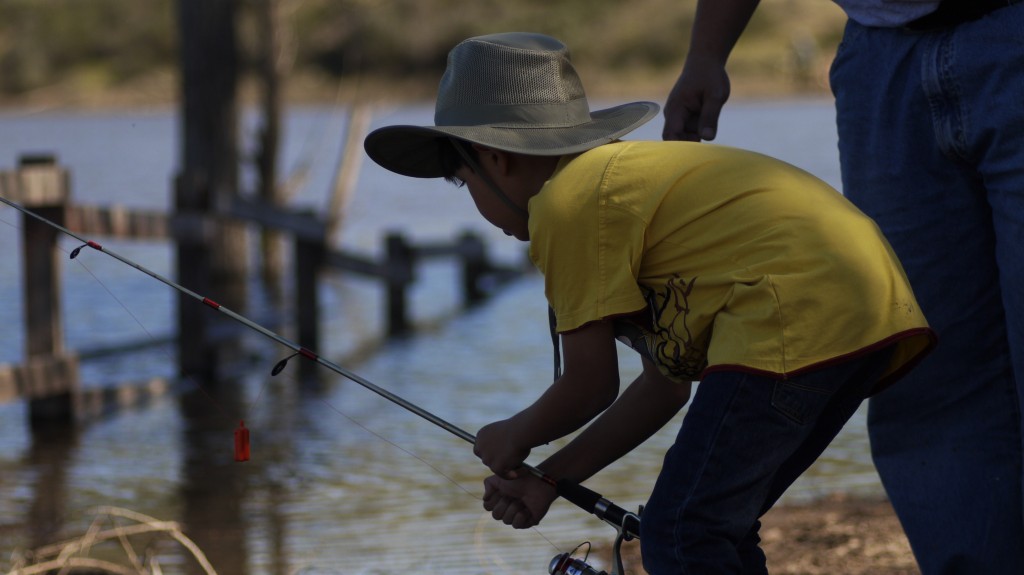 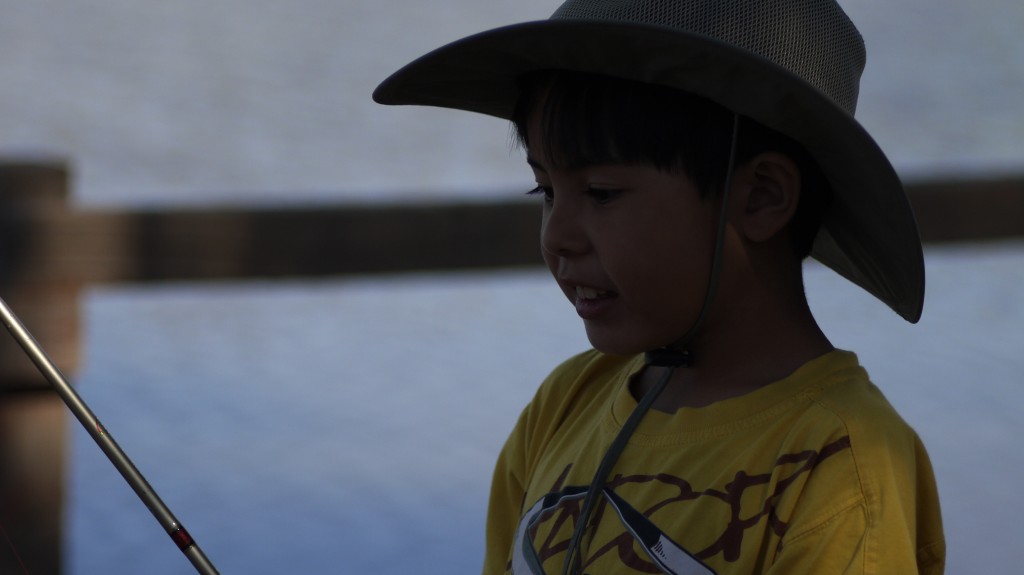 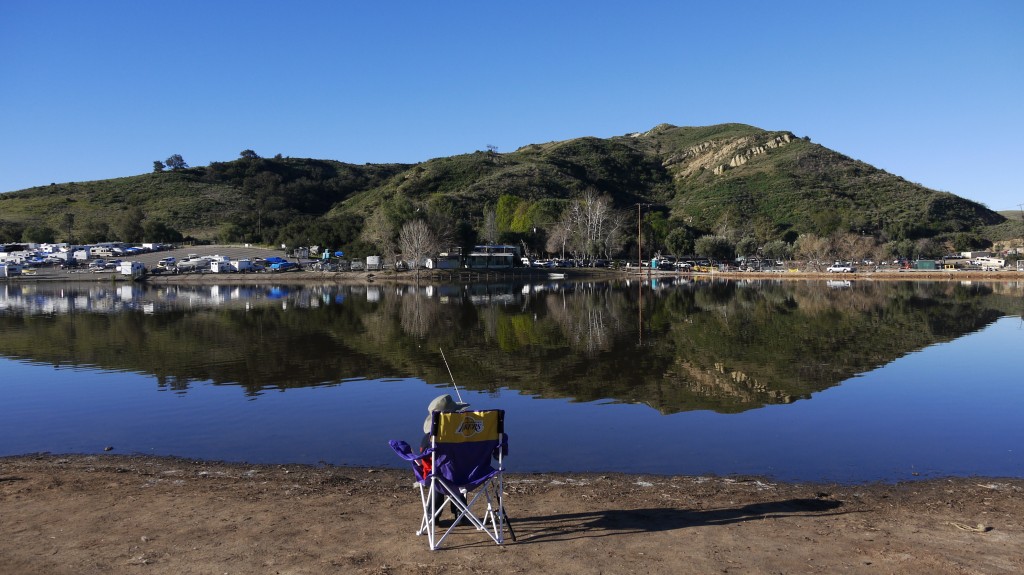 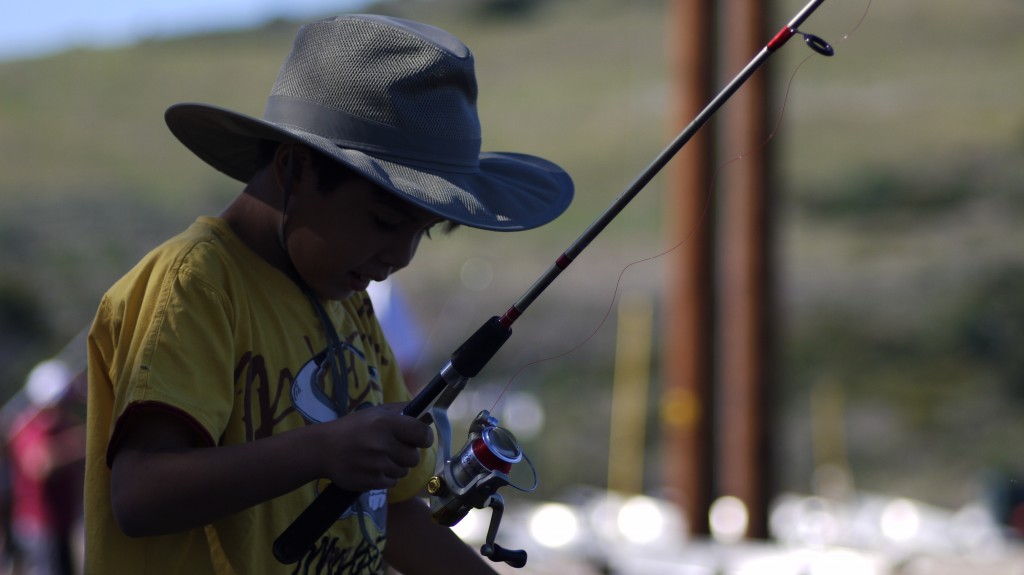 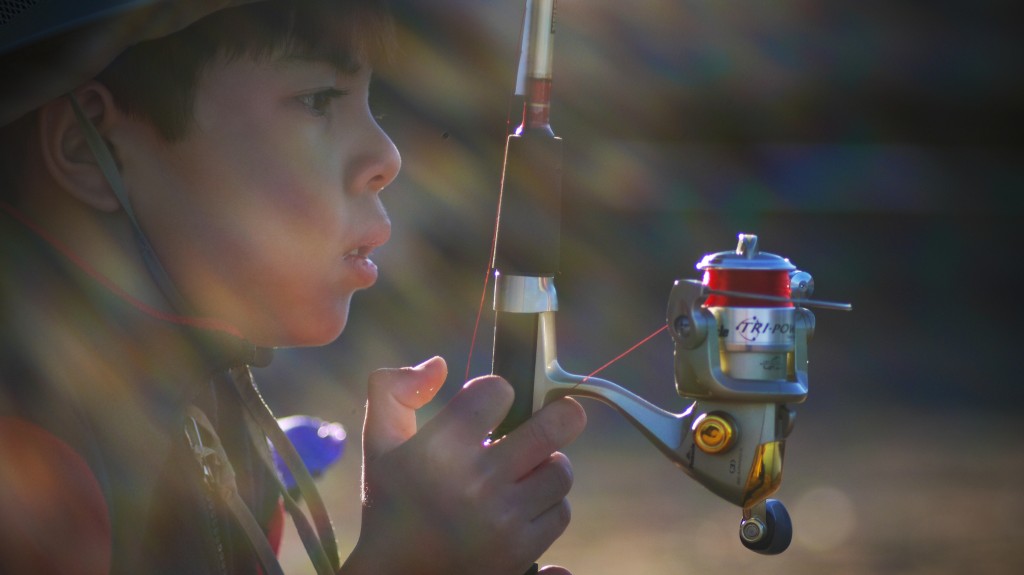 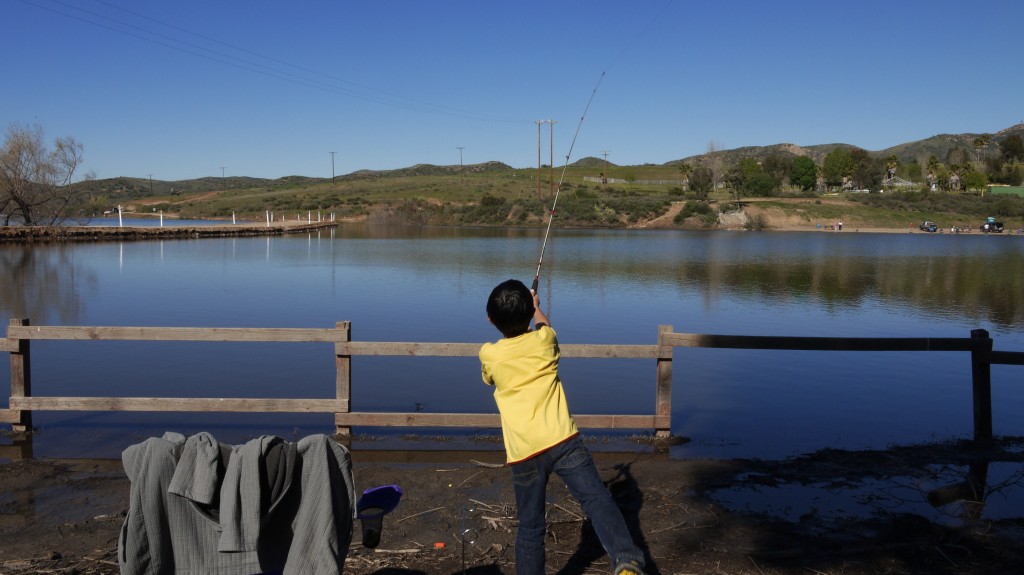 That day, Ethan caught 8 fishes, that averaged 8 inches, they were not small fishes. Don’t ask what kind if fish they were coz I have no idea. See, Ethan fishes, I watch and learn alongside the kid.  Anyways, so there he was, catching one after the other and his tito Richard, a good friend of mine who is a camping expert would take out the fish and put it in our cooler. In the meantime, there were these two kids running back and forth from their campsite and they were astounded.  One of the kids was so astounded at Ethan’s catch, I didn’t know if his eyes would pop out, he was just freaking out. Ethan and I couldn’t stop ourselves from laughing at this kid.  So he ran back and forth and on the 8th catch, he tells us this really sad story—it was his birthday and they’d been there since this morning and haven’t caught anything and it was already mid-afternoon.

Ethan offered to give him a fish but he didn’t accept. We wanted him to catch something because it was his birthday but what could we do. What started out as a funny kid story became a sad one.

Our next trip was to Big Bear. We pitched a tent and fished. Richard wasn’t with us anymore, it was just Ethan and me.  We fished the whole afternoon till sundown. We didn’t catch any. The following morning, we rented a small boat and went out the lake. Nada. No fish.  But we were happy campers. I have to say the bonding experience is priceless.