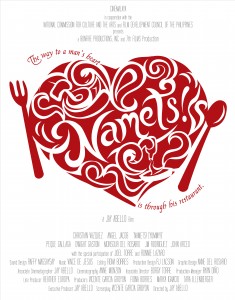 My very first solo film as a director was in 2008.  This was the genius of the writer Vince Groyon and it has a very long backstory.

In 2007, after watching my first film Ligaw Liham, we got into talking about collaborating. But he said, if we were to do it, it had to be in our dialect (Ilonggo). I agreed. So we moved forward.  What did we want to do?

I said I wanted it to be about the changing of power and wealth from the old rich to the new rich.  I think the struggle was that we also wanted it to be filled with our own humor.

What came out of all of our discussions was a concept and story for a movie that was going to be entitled Bacolod Scandal.

When I read the first sequence treatment, it was great. Vince is seriously a genius. The only problem was that it was full of sex, naturally.  So I called Vince and asked him if he wanted this to get into Cinemalaya and he said yes of-course.  And I told him that it would never get into Cinemalaya. First 5 minutes of the film had about 3 sex scenes already.  In my mind, I really believed that Cinemalaya was too conservative at that time.  But the other reason was that—even if we got in Cinemalaya, I don’t think I can shoot this in Negros, I told Vince.  Who would allow their houses to be shot in with all these sex scenes—after all, Negros is still a relatively conservative province and I don’t have the stature to do a film as daring as this.

So we went back to the drawing board and said—ok what do we want to do?

We both wanted two things—a pure Ilonggo film was one. The other was—we wanted it to have our humor

The minute we asked the question—what is the most distinct culture of Negros, we knew it had to be about food and Vince did his magic.

I remember after a few weeks, he texted me the opening “caveman” scene and I laughed and thought he was sassing me about the script.  But he was serious. Took me a while to actually get the joke. That is Vince Groyon for you. 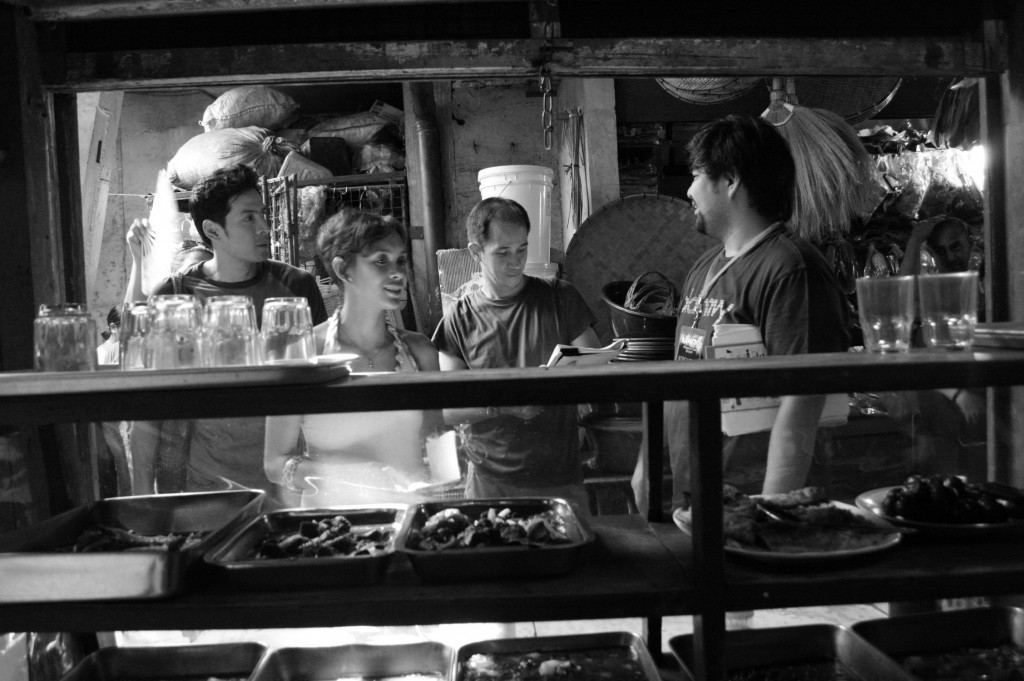 Day one, Angel Jacob arrives from Manila on the first flight and goes straight to the set and we shoot this “Cansi” scene. All goes well and we shoot other scenes. In the evening, we shoot the Chicken “Inasal” scene only to find out she doesn’t eat meat. Angel is a pescatarian but she never complained or said anything. She was such a trooper! 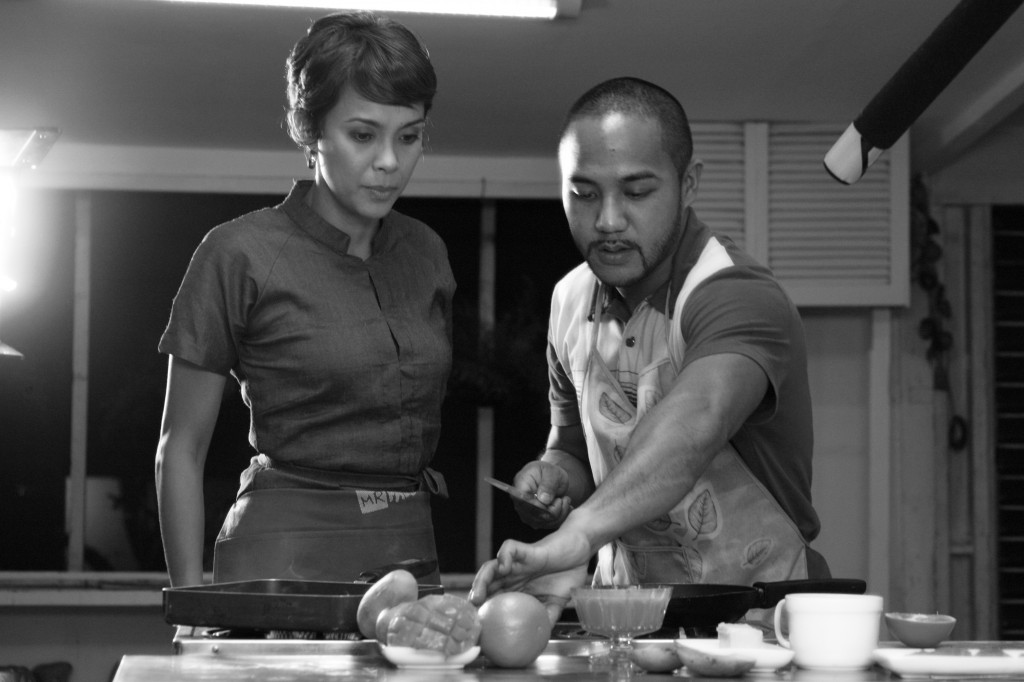 Master Chef JP Anglo came to help us out…it was such a treat! 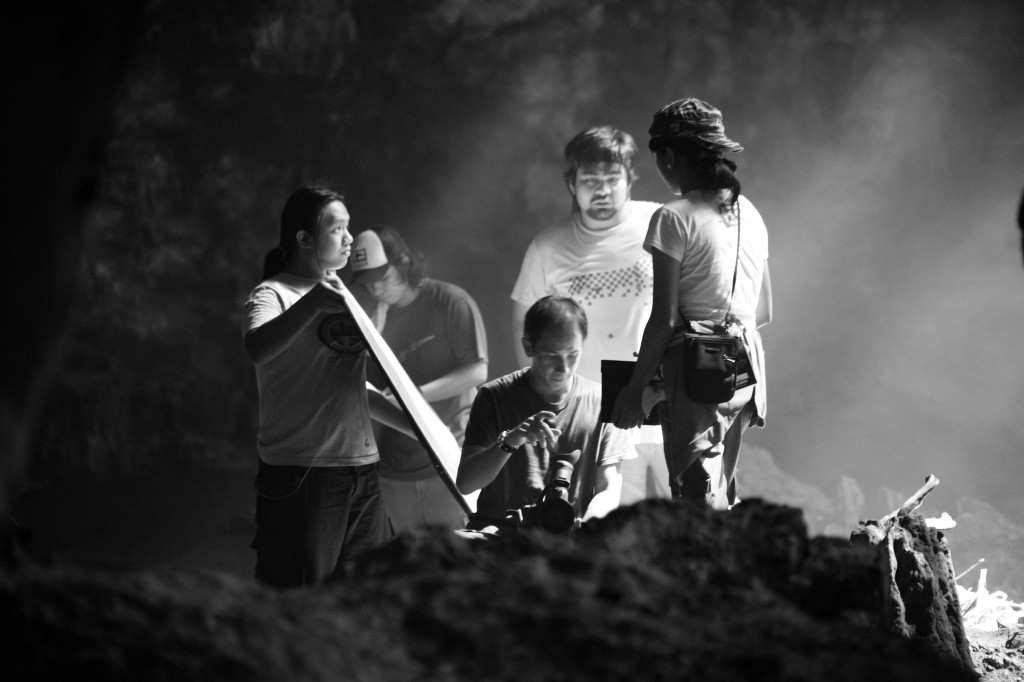 I shot the caveman scene last because I didn’t get the scene. I only got it when we got to the cave and we started doing the scene. Luckily I did get it. 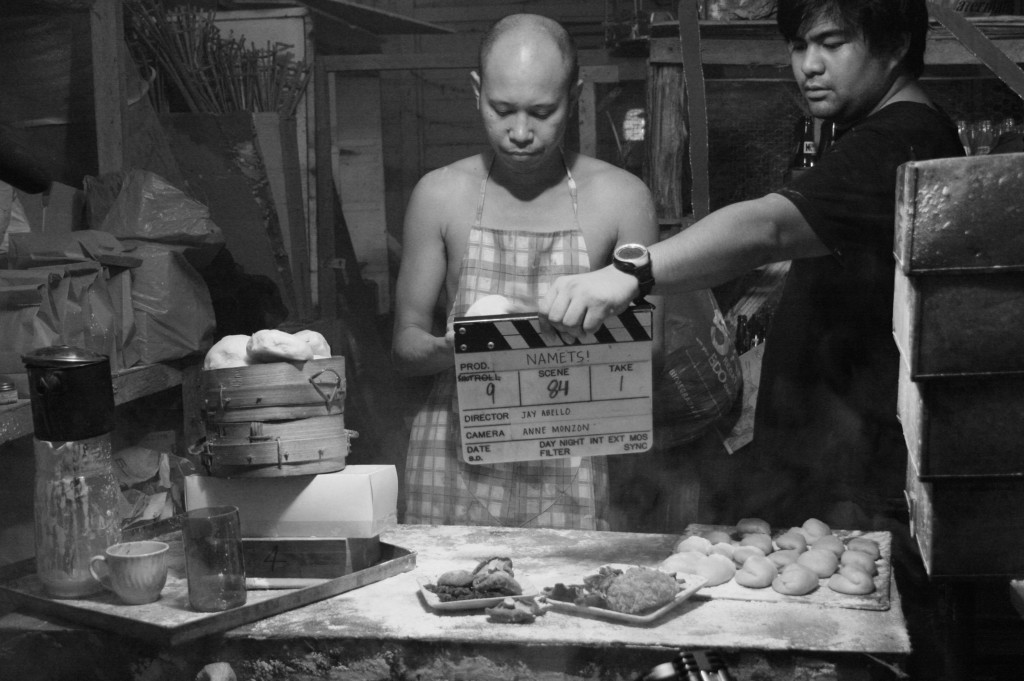