Lesson 2: my sense of humor kept me alive. (Cont.)

Mind you, days before our trip, the weather report predicted 93% precipitation and 100% the following day so I prepared a little too much in that my backpack had me 3 sets of clothing because I can’t stand getting wet.  So I was prepared.

By the mid-way of our trek, the fog greeted us. At first glance, it was a pretty sight, we took out our phones and photographed away.  Or maybe it’s just because we’re already high up that the fog seemed to thicken.  We rested amidst the fog and it was indeed getting cold-er. 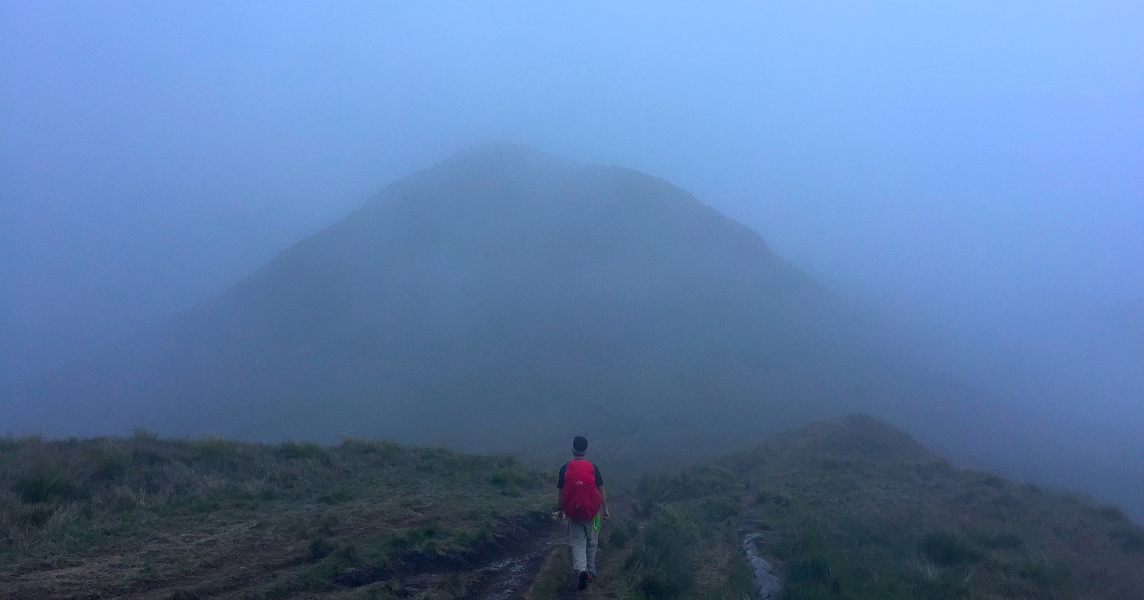 After a while, everyone trekked on again.  So every now and then we all stopped and Jason and I caught on with the rest.  But this was the last stop and we were far more exhausted than any stop earlier. So off they all went, Aling Lina, our porter who wore white was just as much a white ghost leading the pack. Wasn’t much of a leader I suppose as she disappeared into the horizon. I actually have a photo of the last set of mountains we had to cross and there she was, a tiny dot after 15 minutes of leaving us. One day I said to myself, I shall film her story. I don’t know how but I will. She was for me the most fascinating story in this whole climb.

I remember the last long stop Jason and I took because I was looking at Mang Felix seated by the grass looking away and it seemed like he was writing down notes on a small notebook. But do not trust my memory because at this point of exhaustion, I could be hallucinating everything already. And I told Jason, I think he’s tallying our stops and we’re probably going to win the record for the most breaks and stops taken by trekkers going up.  And in a few minutes, the clouds got darker and Mang Felix just about had it with us I thought, he excused himself to go ahead telling us that it might rain and that he should get there ahead and pitch all our tents. And he left us and in my head, wow, we were that bad our guide left us. But he meant well.

So we put on our raincoats and decided to walk faster—in our head that’s what we wanted but it was still the lolo walk of literally one step at a time.

But we made it.  And when we got to the side of the mountain which was supposedly the peak we would climb, we saw our camp and everyone was there. They called it the saddle and it was gorgeous and downhill.  So our last 15 minute trek was downhill and really steep.  In my mind, shit, I’m going to climb this tomorrow, can I just camp here instead. Ofcourse, none of my wishes came true except for one thing, we had the saddle all to ourselves. 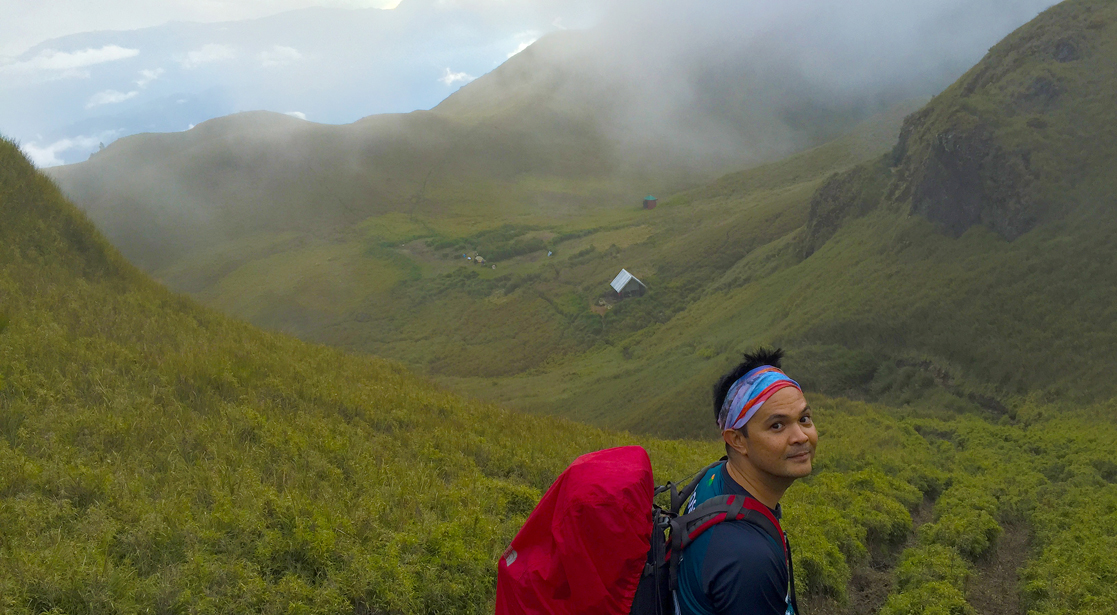 By this time, I had a headache and they said it was just my body getting used to the high altitude and probably the cold. In my mind, it was my body freaking out telling why the hell did I bring it there.

We pitched our tents, Jason and the girls made noodles and soup, it was the best tasting noodles and soup I had ever tasted. And it never rained. In fact, the sun came out after we set up all our tents. What a day?! And I survived what came out to be about 5 hours trek for me and a whole lot of steps. One never really counts their steps until they are forced to do one after the other with a huge monster on their shoulders.

Monster. I think that was the term used for Sheryl Strayed’s backpack when she hiked the PCT in her book Wild. She had over-packed and did so many mistakes as a first-time climber. And I was such a fan of the book, I even blogged about it and then eventually watched the film. And like a real fan, I did all of the mistakes she committed. Nice one Jay.

But let me show you why it was all worth it.  And this was just the saddle. 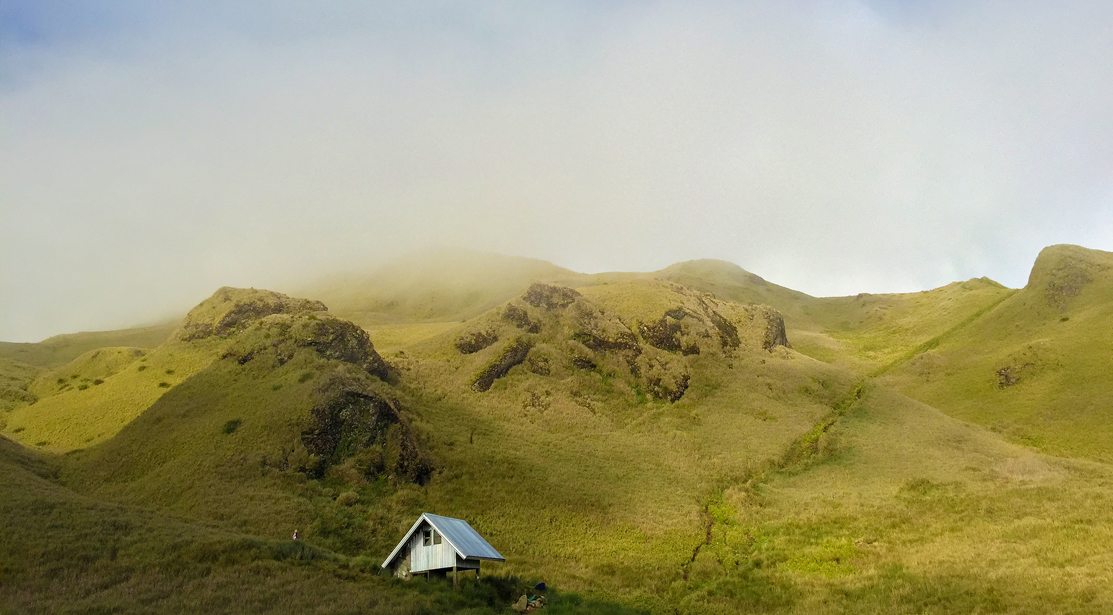 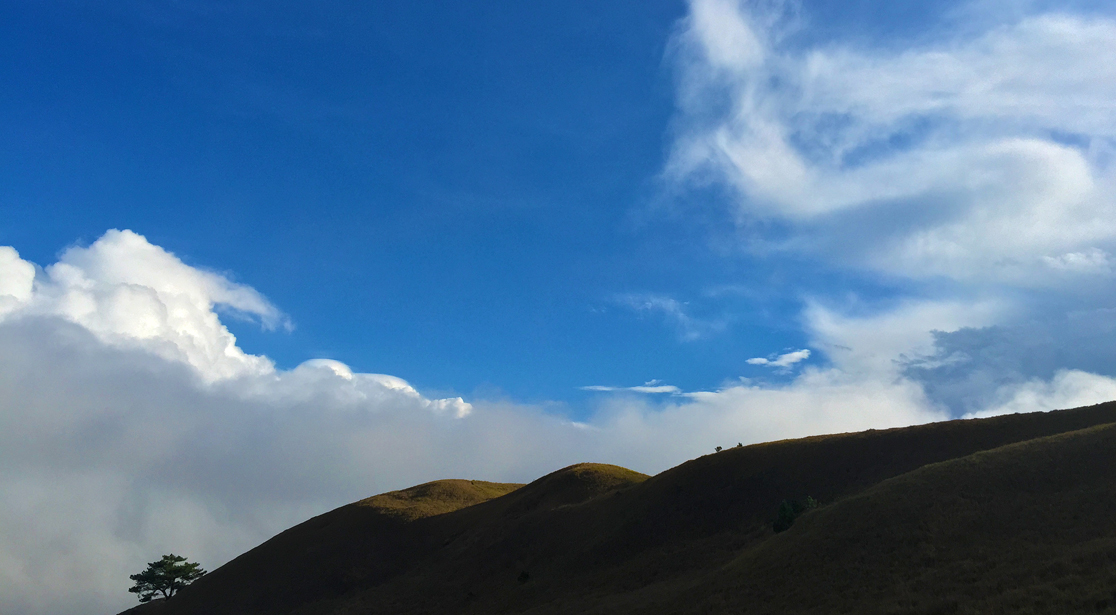 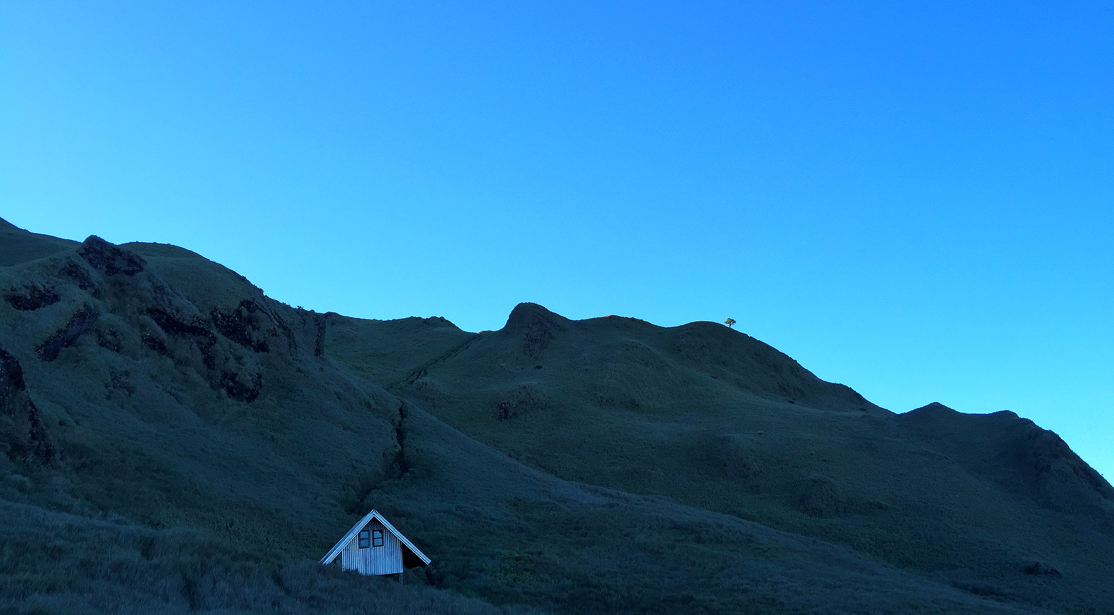 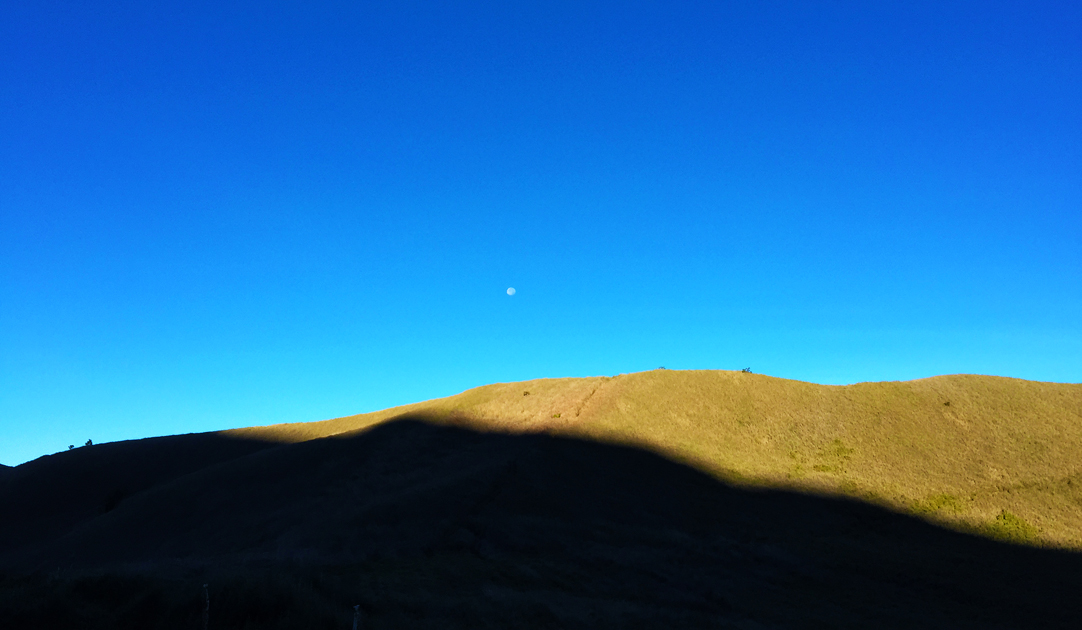