December of 2008, a few days after the screening of Namets! in Bacolod, Joey Gaston, Gina Martin and Agnes Villar came to me with a video project. They wanted to tell the story of the fall of sugar in the late 70’s. They wanted to share some lessons to the new generation of farmers.

But it was apparent that the story wouldn’t be understood unless it were given context from history and the present. By the end of that week, the small video project became a full-length documentary project.

And this took 3 years of my life.  And it literally changed me as a person from Negros and as a filmmaker.

I grew up both in Silay and Isabela, in sugarcane farms.  I grew up in a hacienda.  So when this movie project came up, I thought, yeah, I know this topic very very well.

The sugar industry fell in the late 70’s and I didn’t have a clue what was going on. I think my parents protected us from the real horrors that were happening.  Yes, they were probably just protecting us.

I grew up thinking Negros was the best place to grow up in. I believed Negros was THE place in the country.

That we were special.  Maybe I was wrong. (Excerpts from my opening speech during the premiere of Pureza) 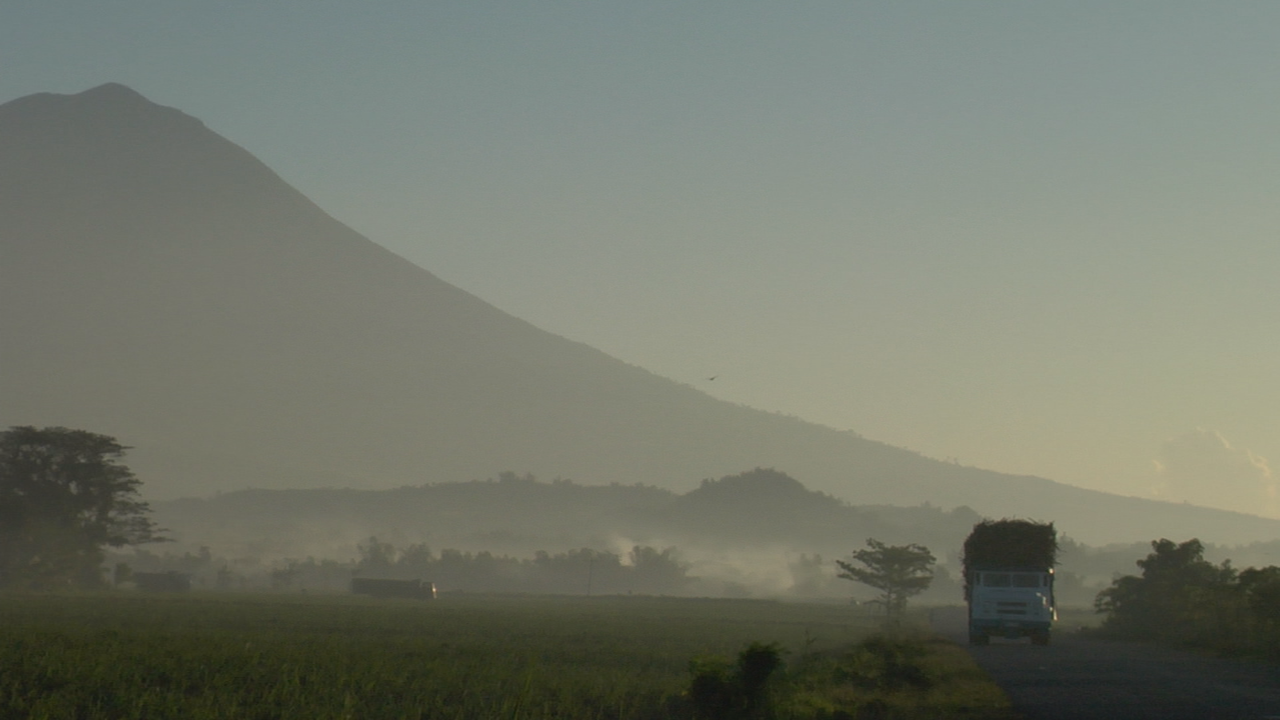 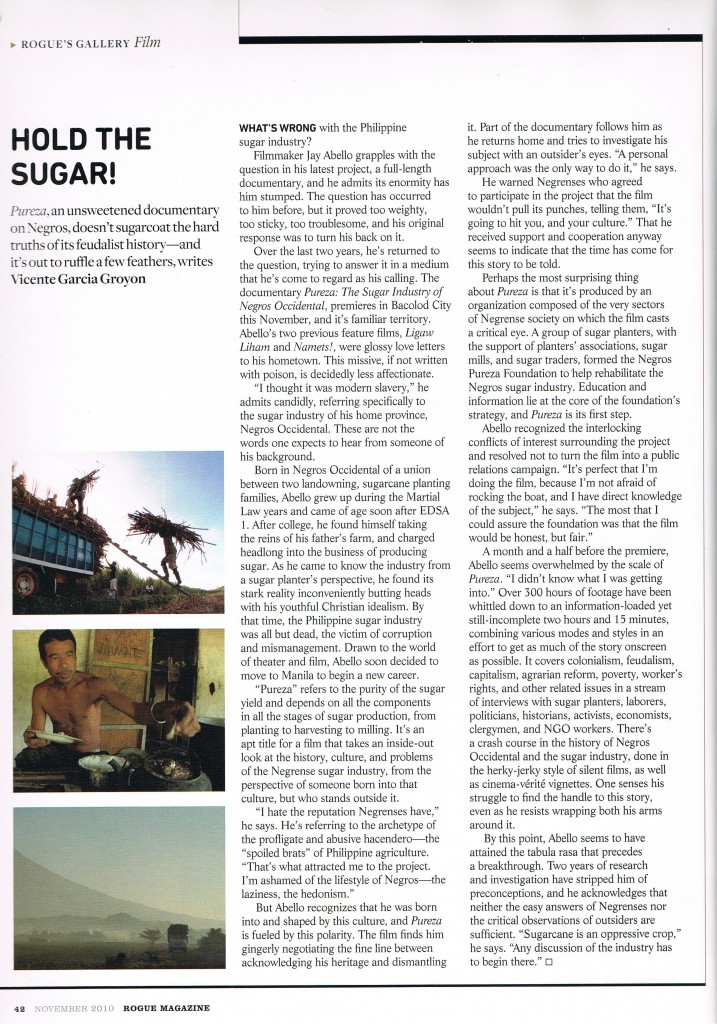 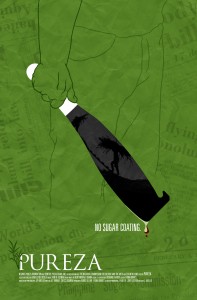 I’ve worked on over twenty-five feature films in the country in a span of 10 years and only one was a documentary. The rest were all narratives. So in my mind, I was prepared to do this film.  I was not.  We spent three years trying to make sense of this documentary and although I’m happy that I found my voice, I wish I had studied film more.

What I can say is that this was not just another film project for me.  This was very personal.  I go home to Negros at least once a year and face my family, face my friends, face the Negrense hacienderos. I had to be sure I could hold up to what I said in this documentary.  And I can.