“Films can’t be infatuations. They’ve got to be relationships.

…the difference between having a good idea for a film and a finished film that you like is the same as seeing a pretty girl at a party and being there when you’re wife delivers the 3rd baby.”   (Richard Curtis)

Finding characters for the film was easy, limiting it was the tricky part, because there are too many interesting characters and stories that happens in a surf-town. So some we ended up combining and others we had to let go of. 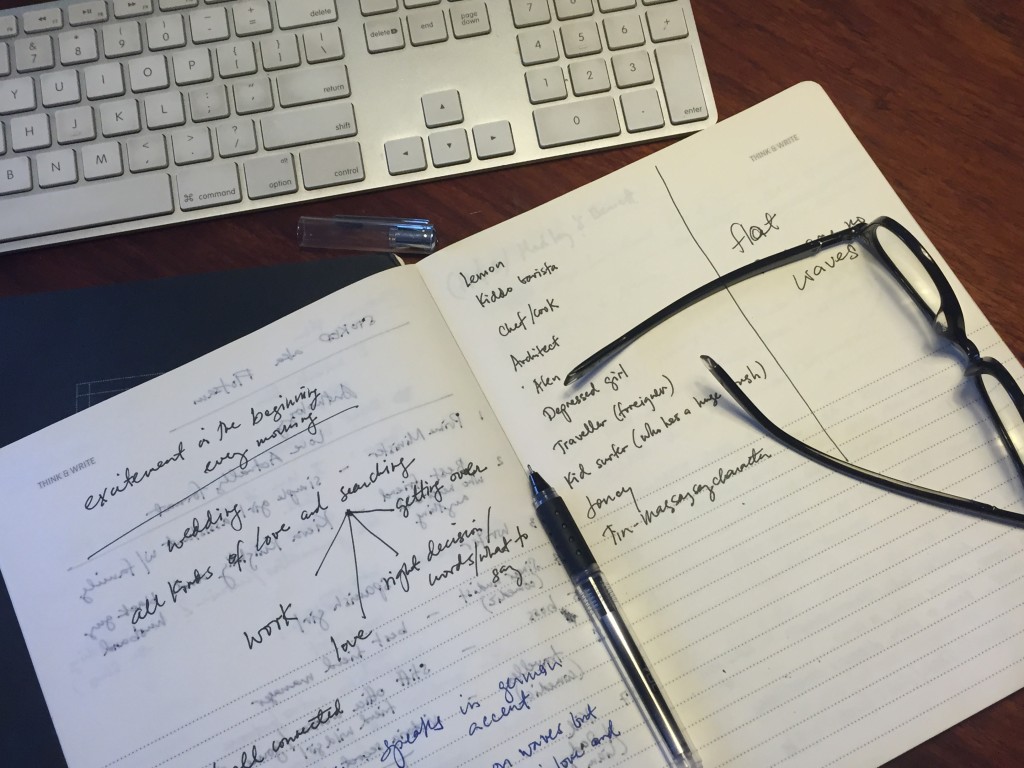 I have no other way to describe it other than the script was a work-in-progress. If you want to know how the film was written, you need to know the characters behind the writing.  I wrote the premise and the first act and finalized all the characters and gave Mickeygirl a month to write it and she took it to town.

For those who don’t know Mickeygirl, this is my version of her story. I had met Mickeygirl on Facebook. I was looking for a writer with a friend Chef, we wanted to do a surf and food show years back. We all spoke the same language as we were all from Negros island.  So when this thing came up and Joncy wanted it written and I wasn’t available, she was the first person I thought of. Why? Well, she was a writer, a film student and because…

A friend sold Mickeygirl a surfboard and she bought it, rode the bus and learned how to surf. No lessons, she didn’t even know what surfing was. She surfed and stayed in La Union for (I imagine) over 10 years. She had a son in La Union. His son is 10 years old now, I think.  So when she got on that bus, she stayed and relocated herself. 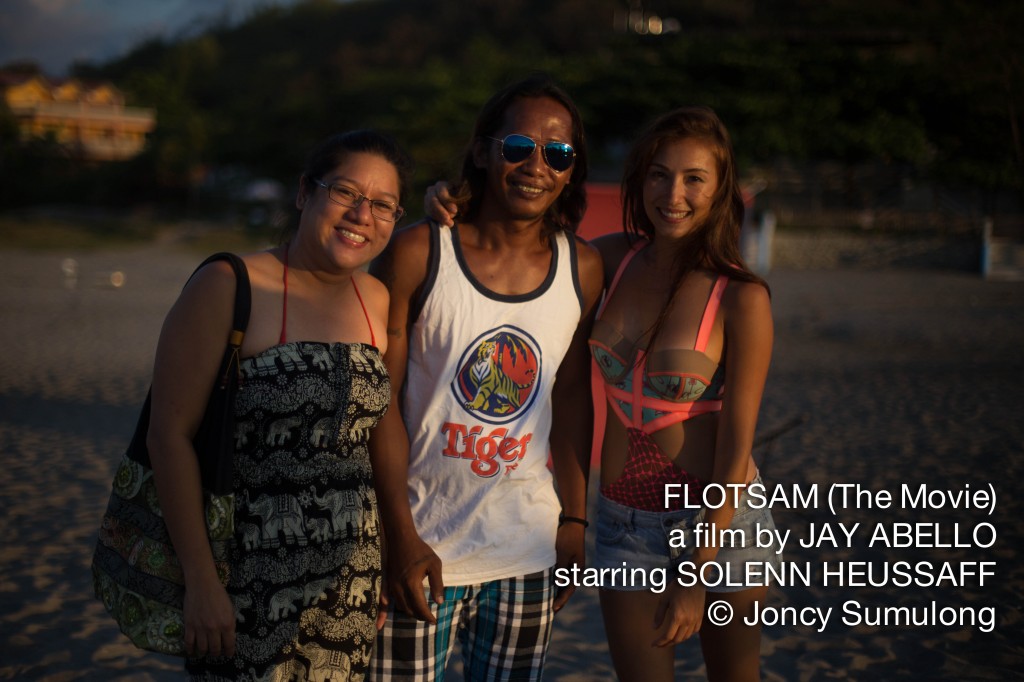 Thats Mickeygirl on the left. In the middle is the real Tisoy of which Rocco Nacino’s role is derived from.

Mickeygirl lived and surfed in San Juan, La Union when there weren’t that many resorts back then, it wasn’t a surf town yet. So for Mickeygirl, it was her 10 years in La Union that gave us the Flotsam screenplay.

One thing that’s always taught in writing classes is the importance of research. When you know your characters really well, it’s easier to write them into your script. Well, for Flotsam it was even easier because some of the characters were around us all the time. And for instance, Mia and Kiddo, who you will see in Flotsam every day, they are also artists, they write music, they sing, they write, they are very outgoing and adventurous that at a certain point, I asked myself, why not take it further and ask them to write some parts of themselves for the film. 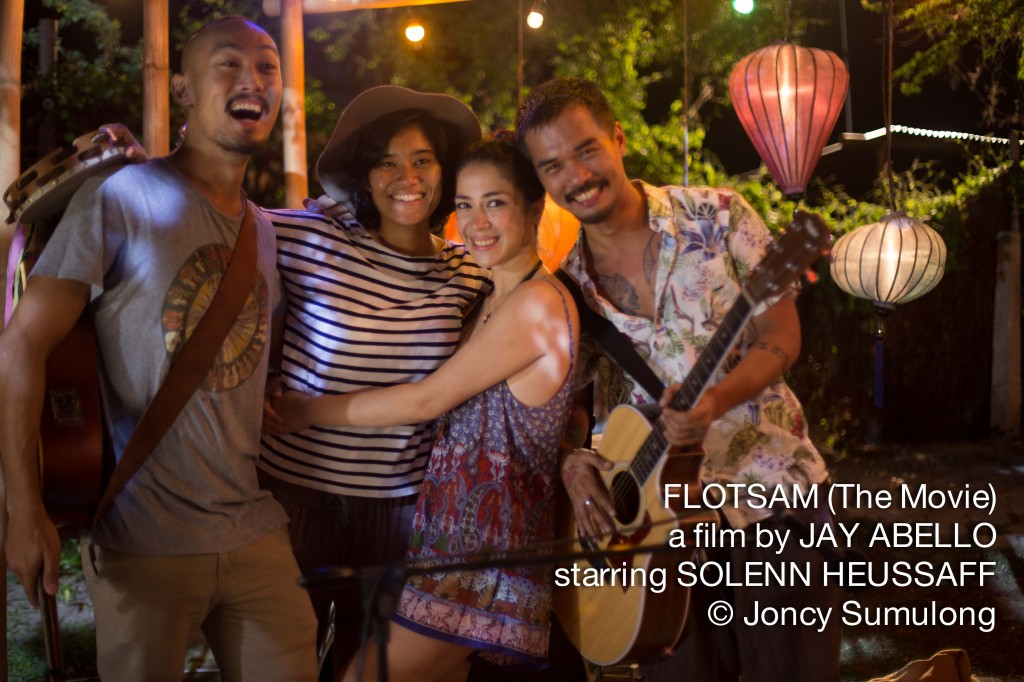 You have to also remember that by the time Mickeygirl was finished with the first draft, Mia and Kiddo were very much involved in the film because they were writing the music for it.  So they helped us write some parts of the film and that was special.

It’s liberating to write when you’re only consideration is to represent something that you like—doesn’t matter if it’s weird or off-beat, as long as it’s authentic or at least very close. No morality involved, you don’t even need to follow any conventions of writing or commercial viability, and basically just following your gut. It’s pretty indulgent but hey, you’re already narcissistic because you are doing a film, so why not go all the way.

At first glance, it seemed like a very cono elitist script and film. Hmmm, how’d it get to be like this, I wondered for 5 seconds and then said nah, it is and it’s not but I like it. I liked it so much, we did a ton of rewrite.  And I like rewriting. I have to admit rewriting is addicting. It’s almost a vice.  But the most important rewrite came during the Edsa revolution anniversary when Joncy and I met at the lobby of the Fairmont hotel, sat from 5pm till 1am and we only really fixed one part of the script—the kids. And they are my favorite part of the film. I think they represent us the most.  Now the movie was closer to the ground in that it now represented a more accurate surf scene where the locals are the real rockstars in surfing here in the country.  That was an important day for the Flotsam movie screenplay that’s why I remember it so well.

I think I must have done 10 rewrites up until the week before filming.  And you really don’t stop until you’re happy with it. It’s such a tedious process of almost self-mutilation in that you write something you really love and then slag it to bits and pieces and write something you think is better and do the whole thing over and over again until you find that happiness. 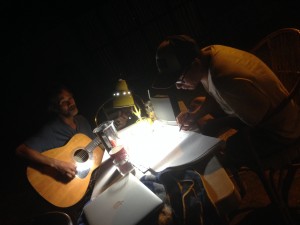 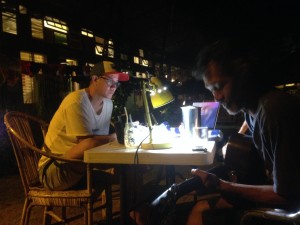 And then you shoot it. And then the editor comes in and cuts it up and apart and shows you. And now that we’re editing the film, it’s taking another kind of rewriting in that our editor Ilsa Malsi also has her own way of telling this story even better. Writing is indeed rewriting. 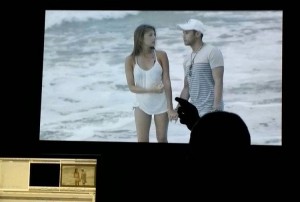 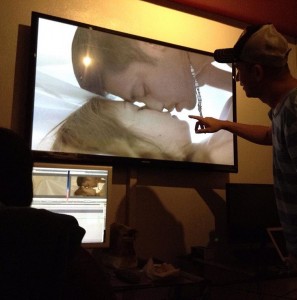